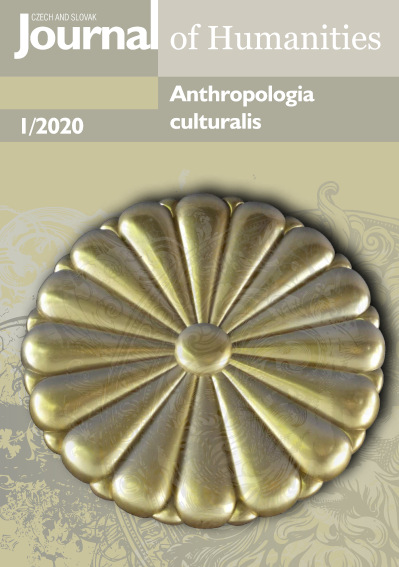 Abstract
This article was originally a keynote address presented at a 2017 conference on international fieldwork, hosted by Palacký University’s department of Sociology, Andragogy and Cultural Anthropology. It reviews the history of ethnographic fieldwork and the rationale behind it, the potential insights such research may off er, and the challenges – physical, logistical, emotional, and ethical – that often face fieldworkers, particularly when studying remote communities and unfamiliar cultures. I then examine my fi ve decades of ethnographic fi eld experience in light of these more general considerations.

Daniel Topinka, Petr Kubala, Lenka Linhartová
Expatriates or Skilled Labour Migration? Who Can We Talk about in Brno?

Abstract
The Czech Republic is classifi ed as a typical immigration country. Immigration is directed mainly to larger cities, and Brno is the second-largest city in the Czech Republic. In the narratives of local immigration experts, which are subsequently transferred to the public space, the classification that distinguishes two basic categories of foreigners is widely used. The desirable highly skilled workforce contrasts with other foreigners whose economic be nefi ts are suppressed. The highly skilled migration population are known as expatriates, which is used without theoretical reflection and empirical verification. The main aim of the text is to determine whether the term expatriates can be applied in the case of Brno. Findings from the secondary analysis did not help in this. The data on which we developed the theoretical discussion comes from our online survey entitled The Great Brno Expat Survey conducted among people from abroad with those who have actual experience with living in the South Moravian Region. The exploratory research itself and the effort to exclude “real” expatriates from its broad framework resulted in the fi nding that only 15% of respondents in our sample meet the definition of expatriates. The subsequent analysis of latent classes indicated that relatively few respondents appear in the category that is in line with the definition of “Expat” – approximately only a quarter. We therefore decided to propose our own solution – a new typology that would be more in line with social reality. Analysis of the latent classes showed three basic types and demonstrated the importance of the socialties of immigrants. Categorization cannot be construed as definitive, but situational.

Barbora Nohlová
Raising the Eff ectiveness of Conservation Programs: A Case Study of TKCP Environmental and Developmental Activities in the YUS Area, PNG

Abstract
The Tree Kangaroo Conservation Program (TKCP) is a conservation program run by the Woodland Park Zoo. It began in Papua New Guinea (PNG) in 2009, but conservation efforts in this area can be tracked back to 1996, when Dr. Lisa Dabek began her conservation research study. TKCP is mainly focused on the protection of the endangered Matschie’s tree kangaroo. Since 97% of the land is owned by indigenous landowners in PNG, it also cooperates with the local communities. Part of the program’s efforts are therefore aimed at the improvement of the local standard of living in the YUS conservation area (YUS CA). Based on a review of TKCP annual reports and on data conducted during the field research in Yawan and Kotet villages in PNG via participatory observation and interviews with the locals, this article’s aim is to describe some of the TKCP’s developmental efforts in the YUS CA. Since there has been an ongoing debate addressing the issue of eff ectiveness of conservation programs in PNG and elsewhere in the world, it also discusses some of the main criticism of environmental eff orts in relation to local communities.

Abstract
Brno, the second largest city in the Czech Republic located in the South Moravian Region, has become one of the most important targets for expatriates. Despite many conceptual uncertainties, expatriates refer to people who are educated and skilled workers, who are selected and prepared for job positions they move to foreign countries for in order to hold those positions for some time and then return back again. The preceding quantitative research, The Great Brno Expat Survey conducted among expatriates in the South Mo ravian Region, demonstrated an inconsistency between planning their stay rather on a short-term basis and, and the fact that their stay gradually changed into a more permanent one over time. It deals with the important question of what circumstances lead to ex patriates prolonging their stay or leaving the city. To answer the question, we applied the qualitative research method of the World Café. The first discussion topic concerned the circumstances of the expatriates’ arrival to the Czech Republic, the second was the reasons for staying or leaving Brno, and the third was the life of expatriates among local inhabitants. The research showed that expatriates mention a number of motivations as the set of factors that led to the prolongation of their stay. The original plans tend to be revised on the basis of experience and views formed during their stay in the city.

Adam Rajčan, Edgar A Burns
The Visual Sociology of Pierre Bourdieu: Parallels and Sympathetic Method in the Work of Bourgois and Schonberg

Abstract
This article considers photographic practice as a method of inquiry in Pierre Bourdieu’s early trans-Mediterranean studies and in the ethnographic work of Philippe Bourgois and Jeff Schonberg in the United States. This juxtaposition reveals striking similarities in how these authors employ photo-ethnographic inquiry in their empirical research projects and points to the fact that both the French theorist and Bourgois and Schonberg utilise a large photographic archive for theoretical parsing and further conceptual development at various stages of their intellectual journeys. The article further illuminates what visual methods may add to textual explanations of habitus beyond simple illustration and considers some problems that might arise theorising from photo-ethnographic work generally, and more particularly among marginalised members of society. The article highlights Bourdieu, Bourgois and Schonberg’s strong commitment to using habitus, attentive to seeing beyond conventional and offi cial explanations, in parallel, long-term, sympathetic integration of their photographic and conceptual evidence.

Lucie Sehnálková, Martin Šturdík, Pavel Veselský
The Burakumin Identity in Relation to the Local Community and the Dominant Society

Abstract
The Burakumin, a group of socially marginalized people in Japan, has been traditionally considered impure by the majority of Japanese society. In order not to spread the impurity, its members have been geographically and socially restricted, living in communities on the edges of cities, limited in social interactions, marriages and job opportunities. The identity of the Burakumin has always been constructed through the dominant so ciety as well as through their own local communities, although the character of this link has been ambiguous. Our article discusses this ambivalence as it evolves through time, with a particular focus on how the Burakumin sense of identity makes its holders lean toward in corporation into the community at large, and the factors that encourage them to favour separation or incorporation. In the article, we also work with Burakumin identity as formed by the process of self- identifi cation and outer categorisation.

Abstract
The perception of Muslims in contemporary Poland is generally negative, in spite of the fact that they constitute only about 0.1% of the Polish population. Muslim communities are frequently identifi ed with Arabs or refugees and in broader sense as the Other – evil and dangerous. The perception of these groups has a long history in Europe and Poland, and has even spread lately. The aim of this paper is to present an analysis of the genesis of this phenomenon. In the paper, the author will attempt to examine the past, present and future of Muslimophobia and also present an outlook for combating this phenomenon and its related pho bias (Arabophobia/Islamophobia) including proposals for how to counteract them (especially in Poland). The analysis proposed is based on a field study of the Arab community in Poland, but also includes an analysis of the public discourse and the historical background.