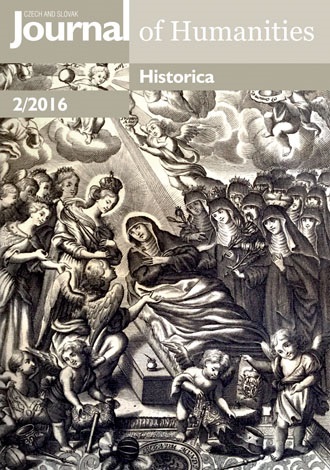 Erik Aerts
Man and Cat in the Low Countries: The Middle Ages and the Early Modern Period

Abstract
The relationship between man and cat in the Low Countries between 600 and 1800 can be described in terms such as kaleidoscopic, but also contradictory, problematic and ambiguous. In the early Middle Ages, people – particularly intellectuals within the Church – came to appreciate the useful aspects of cats in their contacts with them, but from the twelft h century, they began to demonize the animal. A symbolic representation was being developed at the same time, in both literature and visual arts, which associated cats with other negative qualities, such as laziness, vanity, pride and especially lust. Cats only began to receive a modest place as of the middle of the seventeenth century within the context of new home decorations which contributed to the process of identity formation and cultural distinction. This status improvement did not prevent the vast majority of the feline population from being focused on survival in their daily life. Even at the end of this period, many cats were the subject of brutal public entertainment and structural violence. The actual revolution in our relationship with the cat is of recent date. However, anthropomorphization, in which all kinds of human qualities are uncritically attributed to cats, continues unabated.

Jeremy Goldberg
Cherrylips, the Creed Play, and Conflict: York in the Age of Richard III

Abstract
Late Medieval English towns and cities regularly cultivated good relations with a regional magnate in the expectation that he would help protect the interests of the civic governors, but the relationship was always reciprocal. The magnate expected the favour to be returned. Richard of Gloucester, who ascended the throne in 1483 aft er a brilliant and ruthless coup in which his major political opponents were eliminated in short order and his late brother’s heir was bastardised and “disappeared,” cultivated just such a relationship with the city of York. The price Richard demanded was de facto control over the government of the city. When he ascended the throne the city laid on an elaborate programme of welcome, the full significance of which has not hitherto been realised. The brief notice of one Cherrylips, a local sex worker, in the city records on the eve of Richard’s entry into the city might well go unremarked, but this article seeks to demonstrate that the anxieties she provoked and the city’s reaction to her in fact speak volumes of the way in which the city governors had become the (more or less willing) puppets and mouthpieces for the new regime.

Abstract
Although neither Bohemia nor Moravia are typical areas connected with the Beguine movement, interesting evidence concerning their existence does exist which has been neglected thus far by foreign research. While the local Beguine communities were not as large as in the Netherlands, France or certain imperial cities, they were inherent to the religious spectrum of Bohemian and Moravian towns of the High and Late Middle Ages. There is reason to believe that the Beguines could have been found in every larger town, while certain houses remained inhabited until the Modern period. Th is text provides a basic comparison of the Beguine communities in Western Europe with that known about these spiritual societies in Bohemian and Moravian towns. It primarily focuses on the organization, function and form of the domestic communities leaving aside subtler questions aimed for example at the spirituality of the domestic Beguines or their orthodoxy in relation to the official Church.

Radim Červenka
Preachers against Sin? Utraquist Priests in Religious Life and the Case of Jan Lahvička

Abstract
This study attempts to look at priests as individual actors of religious history. Their behavior reflects the typical motifs of Medieval popular Christianity. They were also confronted with the ideas of the more radical reformations of the sixteenth century. The Consistory, a clerical body of church administration, worked at building up Utraquist identity. This was initially directed against the domestic radical tradition, the Unity of Brethren, and later with the influence of the foreign Reformation. The study is an attempt at a historical sociology of religion. It tries to present priests as a specific social group. The micro-historical case study of Jan Lahvička can serve as an example of the above-mentioned thesis.

Jarmila Kašpárková
Standing Firm in Times of Change: Th e Poor Clares and the Town of Cheb/Eger in the Early Modern Period

Abstract
The study deals with the relationship between a female monastery and an Early Modern town. While in the Middle Ages female cloistered monasteries (mostly inhabited by nuns of noble origin) were usually separated from their urban environment, the Reformation brought about a radical change. Monasteries came under scrutiny, some of them were harassed and some dissolved. Others survived but became dependent on the momentary situation in the town. The monastery of the Poor Clares in Cheb/Eger was one of those that survived. The town council, nonetheless, seized the land property of the monastery and made use of the economic resources of the monastery. The restoration, however, of the Catholic Church in the town in the seventeenth century brought no major change in this and the town continued to exercise control over the economy of the monastery. This control was enabled and justifi ed this time by the fact that the new nuns were mostly daughters of the local citizens.

Michael Viktořík
The Story of the Moravian Jewish Brach Family

Abstract
This study deals with the Moravian Jewish merchant family of the Brachs. Originally cereal traders, they turned to malt production for export in the 1870s and over the course of several decades established themselves as leading maltsters in Austria-Hungary and later Czechoslovakia. The Brachs moved from Přerov to Olomouc at the end of the 1880s where they quickly took an active part in the public and economic life of the town over the following six decades. The Brachs attained the peak of their business activities in the 1920s and 1930s when they ran three malthouses: apart from the original factory in Olomouc (Czech Republic), a second one in Schöna an der Elbe (Germany) and a third one in Paterson (New Jersey, USA). The tranquil life of the family ended violently with the onset of Nazism. The maltsters had to flee Europe in various complicated ways, their property was confi scated and Aryanized. A number of their relatives died in concentration camps. Post-war developments in Europe as well as unsuccessful attempts at restitution of the family property strengthened their self-identification with their new homeland (USA) amongst most of the family members. Th is study aims at acquainting readers with the fates of the members of this family and provides insight into the obstacles which accompanied the research and writing of this article. I am convinced that many of the outlined problems (whether heuristic or methodological) can be generalized, as can the search for their solutions.