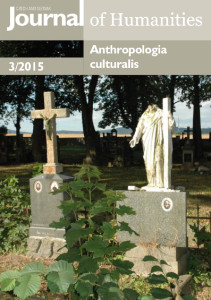 Abstract
The sources of structural anthropology are many, with linguistic models playing a pivotal role among them. They offered Lévi-Strauss the analytical key with which to unlock the semantic richness of a variety of seemingly incongruent cultural texts only to find these very keys, together with their locks, like platonic universals, in situ, in the human mind. In effect, language is both an adjustable lens through which we can see the world better and a light that casts the shadow across which we can never step. This paper takes a closer look at the philosophical foundations of this apparent dichotomy in an attempt to map its place in the genealogy of the of Lévi-Strauss’s thought.

Eileen Barker
Here, There and/or Anywhere? Minority Religions and their Migration In and Out of Britain

Abstract
Religious beliefs and practices have travelled around the world since time immemorial. This they continue to do, with new inventions, facilitating the exchange of ideas with an ever-increasing speed to an ever-increasing extent. Taking contemporary Britain as an example, the wide variety of both foreign and indigenous minority religions is illustrated. Questions addressed include: “By what means do new religions migrate?” “What kind of a demand might there be for the movements and how negotiable are their beliefs and practices?” “What role is played by variables such as the social/political situation (state regulation, anti-cult sentiment, media reception et cetera)?”

Abstract
Shinto is generally perceived as a uniquely Japanese affair, intimately connected with the Japanese nation and physical environment. In recent years, however, Shinto has been reinvented as some sort of Eastern “nature spirituality” with global significance, and acquired popularity outside Japan. Shinto shrines have been established in several countries, and communities of self-declared Shinto practitioners have become active in Facebook groups and on other social media. Meanwhile in Japan, there are several developments suggesting an increasing “internationalization” of Shinto. This article provides an overview of the invention of Shinto as a “nature religion” and, correspondingly, its international popularization. It consists of four parts: a discussion of the emergence and development of the “Shinto environmentalist paradigm”; a short historical sketch of earlier universalistic tendencies within Shinto; an overview of existing Shinto shrines outside Japan; and an explorative discussion of certain online “Shinto” communities. The article concludes by suggesting that the international popularization of Shinto has been made possible by the reinvention of Shinto as a “nature religion”, which has led to its discursive depoliticization, as well as by associations with Japanese popular culture. Thus far, “global Shinto” remains limited in scope; nevertheless, it constitutes an interesting new phenomenon, which may lead to transformations in the tradition as a whole.

Zdeňka Kalnická
Touch and Art in the Context of Visual Anthropology

Abstract
The paper deals with the importance of touch in the development of human species and especially in the area of visual art. The author aims to find out how the sensitivity to touch was conditioned by cultural changes in history. The paper investigates what the causes of not considering touch an important aesthetic sense were, and which visual art theoreticians and what kind of praxis of its exhibiting led to this conclusion, especially with regard to the area of painting and sculpture. The analysis of historical development of the relation between touch and visual arts starts with Ancient mythological story of Pygmalion, followed by examination of touch as the theme of artworks, exemplified especially on the Baroque and Surrealism artworks. The author also pays attention to aestheticians sup porting the idea of importance of touch in the area of art in the past (Edmund Burke, Johann Gottfried Herder). The paper ends with recent initiatives of artists to make touch an important topic of their artworks (Jan Švankmajer, Rosalyn Driscoll, Roy Nachum), as well as theoreticians (Luce Irigaray) and curators to incorporate touch into the process of experiencing artworks. The author supports the idea that touch plays a significant role not only in contacts between human beings but also in the process of aesthetic experience; however she also points to the problems of implementing this idea into praxis.

Pierfranco Malizia
Encounters. The “Events”: a Post-modern Reality between Society, Culture and Emotions

Abstract
By their very nature (etymological at least) “events” have always remained outside the routines of daily life, Goff man’s “everyday life”, which “is not at all simple and transparent, but complex and disquieting”, and have today become almost a standard feature of daily life itself partly perhaps losing the aura of particular importance that should always and any way characterise them. Such an invasion of everyday life concerns both real events, and the “eventoids”, or those events that have no real consistency except for when they appear in the media, but which can influence social behaviour insofar as being “creators” of reality. The “events” at present (no longer as “extraordinary occurrences” but as “everyday life facts”) represent a highly significant and interesting typology of socio-cultural reality owing to the series of implications which will be highlighted in this essay. Complete post-modern features can be seen in particular in the construction and social appreciation of events, in which “festival” and “traditions”, “involvement and extraneousness”, “marketing” and “collective participation” are mixed together, and it is quite apparent that the role of the media in all this cannot but forcefully emerge. I will specifically discuss events as “emotional (ephemeral or long term) places” based on the idea of “aesthetization of everyday life” and the logic of the Post-modern cultural industry, either through the forms of interaction that arise during (or maybe also “before”- in terms of expectations and “after”- in terms of effects).

Ilaria Remonato
From Homo Sovieticus to the XXI Century: Some Reflections on the Ambiguities of the “De-Utopianism” Process in Contemporary Russia

Abstract
The present paper is devoted to certain issues connected to Post-Communist anthropology, focusing in particular on the ambiguous consequences of what is commonly defined as the “de-utopianism” process in contemporary Russia. By means of an analysis of samples taken from influential literary works by current authors (such as V. Pelevin and Vl. Sorokin), attention will be drawn to human types, to their anthropological and psychological characterization on the background of the harsh transition period following the fall of the USSR. The contradictory images depicted in the literary texts also express the deep heritage of the Communist past and the current weakness of Russian civil society, deeply conditioned by drastic social and cultural changes.

Jakub Havlíček
History, Memory, and Religion in the Czech Lands

Abstract
The paper deals with the role of religion in the process of defining Czech national identity. In the first part it aims at defining a proper theoretical framework for describing and analyzing the broad context of the topic. The second part of the paper consists in applying the theoretical framework to the subject of religion and national identity in modern Czech history. The theoretical background is based on the combination of K. Dobbelaere’s concept of secularization with the sociopolitical conflict model as defined by P. S. Gorski. The role of religious ideas, practices and institutions is transformed in the process of societal modernization and functional differentiation. New, non-religious worldviews are developed. In the process of mutual interaction of secular worldviews with religion, religious elements become an integral part of discourses within the developing subsystems of politics, education, economics, etc. It leads to the situation of the persisting importance of religious ideas at the societal level, where religious phenomena continue to be discussed. The concept of Czech national identity incorporates religious elements under the conditions of the religious monopoly in the Austro-Hungarian Empire. The anti-clerical or anti-Catholic concepts of national history appear at a societal level, while people tend to embrace the dominant form of religion connected to the state system at the individual level. Individual religious affiliation reveals an increasing complexity with the end of the religious monopoly, with the creation of the independent Czechoslovakia in 1918 and under the situation of religious pluralism. At the individual level the Roman Catholic Church continues to dominate religious life of the Czechs, nevertheless the declared church membership gradually decreases. Since religious phenomena have become incorporated into secular worldviews, such as into the concept of national identity, religion persists at a societal level.

Abstract
This paper focuses on the functioning of the Catholic Church in the Tachov micro-region. It analyses how the key figures (Catholic clergymen and religious lay people) perceive religious socialization and the role played by religious memory during the socialization process. I chose the Tachov micro-region because the presence of the Catholic Church was extremely strong there up until the end of World War II. After the end of the War, however, the majority of the region’s inhabitants (Sudetenland Germans) were expelled and its character changed dramatically. It currently ranks among the least religious regions in the Czech Republic. The data were gathered as part of my own ethnographic research over the period between January 2014 and July 2015.

Abstract
Taiwanese folk religion is a complex mixture of Taoism, Buddhism and local indigenous deities. The Buddhist ceremony “普度 Pu du” (a mass for the dead) is performed in a Taoist shrine. Ordinary people go to pray there without distinguishing between Taoism and Buddhism. Most Taiwanese believe in this mixed folk religion. Off erings in Taiwanese folk religion consist of incense sticks, candles and paper currency “紙銭 zhiqian” (made from paper, printed or cut with a knife). Based on their wishes, people prepare fl owers and food. Additionally, depending on the event, they prepare “紙紮 zhiza” (offerings made from paper and bamboo). In the seventh month of the lunar calendar, there are events such as “七娘媽生 Qiniangmasheng” (on the 7th day) and “普度 Pu du” (on the 15th day). On the 7th day, the worshipers prepare paper off erings called “七娘媽亭 qiniangmating” (the goddess’s shrine). On the 15th day, or “普度Pu du”, they prepare various kinds of paper offerings for the salvation of the dead. They display spirit-dwellings, statues of deities, ships for ghosts to board, etc. At the end of the ceremony, paper offerings are burnt with fake-paper currency. People believe that they can send offerings to heaven or the underworld by burning them. They believe this can help their relatives who are “living” in the underworld.