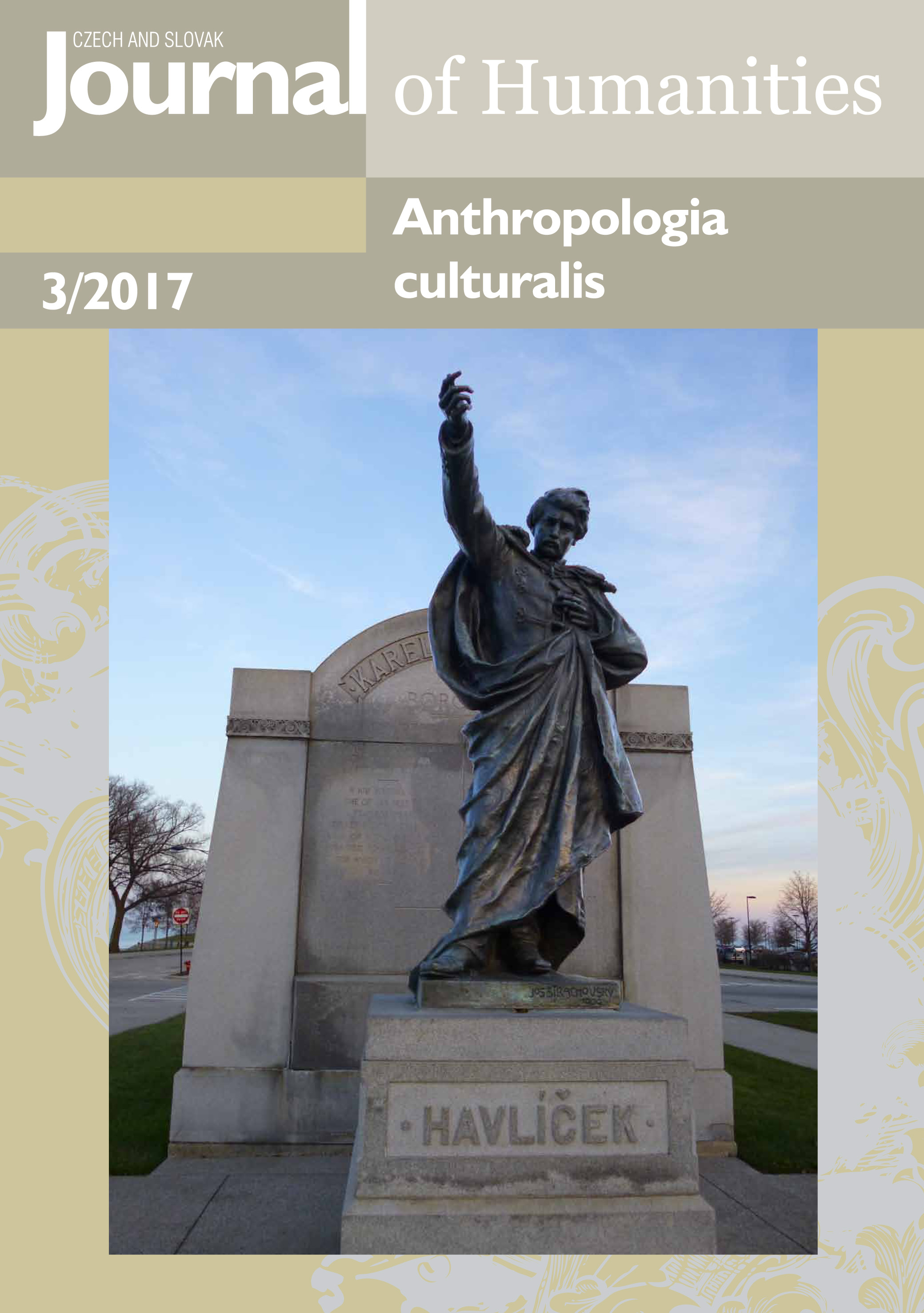 Abstract
The twentieth century is an on-going subject for historical debates. Issues of remembrance and historic narrations are consequently among the most contested areas in the field. One such battlefield is the Sudetenland question. Jaroslav Rudiš takes on this sensitive subject in the graphic novel and feature fi lm entitled Alois Nebel. The protagonist, Alois Nebel, works as a traffic controller at a small railway station on the Polish border, the former Sudetenland. He is suffering from subconscious trauma as pictures from the expulsion he witnessed as a child keep flashing in his head. Following objective hermeneutics, one can view the fi lm’s title as the first hint for interpretation, as the meaning of “Alois” can be read as “knows everything” or “very wise”. Every time fog appears (German: “Nebel”), the demons of his past threaten to drown him. His way of remembering the twentieth century is by revisiting memories of war and expulsion. Alois tries to cope by suppressing them, by memorizing railway schedules instead, something which is predictable and completely under his control. True to this motto, Nebel can be regarded as a typical twentieth century subject as he is concerned with the tension between “knowing/not knowing,” “remembering/ being urged not to remember.” I will argue that the character of Alois Nebel can be regarded as typical for contemporary subjects recalling the twentieth century.

Abstract
In ancient Japan, human-shaped figurines were used in various rituals such as purification, exorcism and healing. In the light of preserved written sources and artefacts, it can be stated that several effi gies were used as implements of malediction from the beginning of the Asuka period. In most cases, the person who cast the curse and the person subjected to the curse are known, and the fact that their names could be primarily linked to the Imperial Court and politics raises the issue of the purpose of the applied magic. By the Nara period, belief in the figurines of malice prepense became stronger, while in the late Nara period the effigies used for malediction were banned by Emperor Shōmu, and legislation was enacted to punish those accused of the criminal act of malediction. Although malediction was subject to prohibition, the tendency to commit a crime by using magic did not diminish. On the contrary, several resources state that the use of malediction became even more prominent. By the late Heian period, this method of malediction came to be so feared that it actually infl uenced a certain royal ceremony. This article focuses on the written sources and artefacts preserved from a period of 600 years in Japan that reveal how the strong belief in effigies played a political role and how this belief infl uenced life in the capital.

Abstract
I will provide the reader in the present paper with a brief introduction to the life and work of Swami Agehananda Bharati and assess the views of Hindu spirituality put forth in his work. In particular, I will discuss his experiences of the numinous, found in his autobiography, as well as his other works.

Abstract
The Skopos Theory emerged as a new translatological movement back in the 1980s. Although every text may possess an infinite quantity of skopoi, the practical use is associated mostly with advertising texts, particularly due to their strong persuasive character. Religious texts, in our case liturgical texts, which do not seem to be related to the Skopos Theory, also have a persuasive character. The so-called Divine Liturgy of St. John the Golden Mouth (Chrysostom Liturgy), a liturgical text of the Eastern Orthodox churches, is therefore an ideal example of a petrifi ed liturgical text passed over for centuries. The main goal of the study is to outline the connection between the Skopos Theory and the translation of the liturgical text. This paper not only presents translations of the Chrysostom Liturgy into the Czech language of the twentieth century, but also points out the implicit and explicit influence of the Skopos Theory on the development of this text production.

Abstract
This paper focuses generally on the role the concept of ethnicity has in migrant research, and in particular on research on migrant entrepreneurship. In this context, ethnicity is not understood as a description of group-specifi c properties derived from inherited traits and common descent, but as a product of social relations and discursive practices. The paper critically reviews the cultural research approach towards migrant entrepreneurship. Ethnicity does not express certain properties, but instead describes power relations which are constantly
created and maintained in the public discourse. Th e danger lies in the threat of the “culturalisation” of migrants’ economic activities, rather than viewing them in their social, political and economic embeddedness. Th ere is a need for a critical perspective that would allow for a critical analysis of dominant migration studies and politics, and create possibilities for developing emancipatory alternatives to this status quo. As a critical review of the so-called “ethnic” economies demonstrates, the dominant perspective on migration is oft en shaped by nationaleconomic logic, surveillance policies and culturalizing integration-polemics. Moreover, critical migration research attempts to overcome existing power dynamics and critically refl ect on the world of knowledge that reproduces and constitutes the “other.” From this perspective, migrants are not the other, but typical subjects of modern conditions and circumstances.

Abstract
The aim of the study is to introduce the past and the current situation of collective memory of the Czech community in Chicago. In order to exist (be preserved and be transferred), collective memory needs active actors (individuals as well as institutions) and carriers (the materialized locations of memory). The present study elucidates the changes appearing in this sphere and indicates to what degree Czech collective memory in Chicago is disappearing due to the process of assimilation. It also discusses current attempts at preserving Czech collective identity and memory.

Abstract
Ancestor veneration in some form was prevalent even among many of the very earliest human societies. Remembered as “real people” by those among the living with closer genealogical ties, their personalities are often selectively “constructed” postmortem by relatives of greater generational distance. Some of the cherished memories of ancestors are comforting and even fl attering, while others are humorous and outrageous and others may be downright demeaning and even punitive. Whatever the regard in which they are held, the living rarely have a neutral opinion about those who have gone before them. Revered as moral models and even founders of important bloodlines among their successors, they may just as readily take on the characteristics of malevolent “ghosts,” demanding offerings and obeisance from their descendants, threatening misfortune and illness should their living relatives dare to forget or disregard them. Such is a typical summary anthropologists might provide about attitudes toward ancestors, generalizations gleaned from many and varied cross-cultural ethnographic accounts,
and even from the reconstructed data of archaeological excavation. But ancestors populate monasteries as well, even though the ties that bind the dead to the living in these settings are not (usually) those of blood relationship. In fact, every monastic community of men and women has ways—formal and informal—of recalling their predecessors to mind. Thus stretching the anthropological notion of ancestor veneration a bit allows us to explore “collective memory”—the various methods monastics use to recall earlier community members, and make them tangible and dynamic in their midst once again. This paper will explore ancestor veneration in Benedictine monasticism in eight different sections: (1) the introduction; (2) a review of ancestor veneration in the anthro pology of religion; (3) an overview of Benedictine monastic ancestor veneration; (4) liturgical and ritual memorials; (5) commemorative shrines—photographs and relics in the form of material artifacts closely associated with the deceased; (6) storytelling and reminiscing; (7) shrines at the common table; and (8) the memorial and organizational properties of mo nastic cemeteries.

Abstract
The aim of the paper is to present the genesis of Arab migrations to Europe, considering the diff erences between Western and Eastern Europe and the characteristics of the Arab Diaspora in Poland in the context of my own fieldwork. A hundred representatives of the Arab community in Poland, and (for comparison) a hundred Poles, were examined based on the triangulation method. The waves of Arab migration to Poland differ i.e., based on date of arrival (those who arrived most recently can be considered the “New” Diaspora, whereas those who came before 1989 and remained in Poland consist of the “Old” Diaspora).