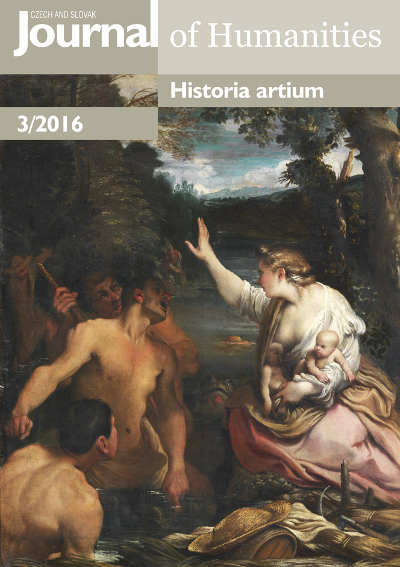 Roberta Cerone
The Refectory of the Sacro Speco at Subiaco: Architecture and Decoration of a Monastic Space in the Middle Ages

Abstract
The refectory is located on the first level of an impressive building on the east side of Sacro Speco in Subiaco, the sanctuary built around the cave where St. Benedict of Nursia lived as a hermit between the fifth and sixth century. Due to its nature, the monastery was reserved for the monks and thus interdict to the pilgrims directed to the sacred grotto. The story of the two spaces is closely intertwined, however, starting from the founding of a priory at Sacro Speco during the pontificate of Innocent III (1198–1216). The erection of the first settlement for the monks actually dates from this time, although the current monastery is the result of the constructive campaign undertaken by Abbot Enricus (1245–1275) and of the raising of the monastic structure by Abbot Bartholomeus II (1318–1343). During the latter period, the great hall at the first floor was intended as a refectory bringing about certain structural changes and a completely new decoration with frescoes depicting The Crucifixion and The Last Supper, two popular scenes for this type of monastic space over the following centuries and here grouped together prematurely. The paintings, recently restored, have been virtually ignored by specialized critics. At present, however, a new analysis of the cycle allows for the dating of the frescoes to the second half of the fourteenth century and attributing them to painters from the Umbrian region, an area where the Subiaco monasteries had extremely close relations since the beginning of the century.

Alessandro Cosma
Pater canonicorum. St. Augustine and the “Fortress of the Augustinian Canons” in a fifteenth century Dutch engraving

Abstract
The paper aims to analyse the particular iconography of a large fifteenth century engraving, currently known in a single copy in Copenhagen (Statens Museum for Kunst, Konegelige Kobberstiksamling, inv. 8320). With more than 50 figures depicted, the engraving is an iconographic hapax in which the type of the “Fortress of the Faith” is used to celebrate the numerous congregations of Canons Regular and to reaffirm their privileged connection with St. Augustine, considered their founder. Dating around 1480, the work is fully part of the strong controversy which exploded in those years between the Canons and the Hermits on the relationship with the Bishop of Hippo, a controversy where even the images – starting from the engravings – played a key role; this work truly constitutes an absolutely original outcome.

Abstract
This contribution intends to consider certain episodes that document the exchanges between Bologna and Prague in the late sixteenth century. The collecting of naturalia which connects the indefatigable Bolognese scientist Ulisse Aldrovandi with the Milanese painter Giuseppe Arcimboldi, active at the same time at the court of Emperor Rudolf II, unites the two cities. Certain animal figures by Arcimboldi come to Aldrovandi from Prague and the scientist uses them to illustrate his books, mostly published posthumously. The curious story of hairy González, portraits in drawings, paintings and miniatures by artists active in the two cities circulates in Europe and also makes a stop in Bologna and Prague. There are significant stylistic similarities, under the sign of Parmigianino, between the painting by Bartholomeus Spranger in Prague and that by Bartolomeo Passerotti in Bologna, two artists who perhaps had even met, in Parma or Rome. Lastly, the mysterious stay in Prague, reported by Malvasia, of Aurelio Passerotti, third son of Bartolomeo and Imperia Toselli, baptized in Bologna in 1567, should not be forgotten.

Abstract
Although a number of Flemish artists settled at the court of Rudolf II Habsburg, in Prague, Denys Calvaert was the only one regularly based in Bologna. As of the beginning of the seventeenth century, Calvaert begins to paint erotic themes, absent in his previous production. In this study, the author presents certain new paintings with large female nudes and considers if Calvaert might have been inspired by the works of artists such as Bartholomeus Spranger and Joseph Heintz. It is not completely clear how Calvaert was familiar with the paintings of the Rudolfine school: perhaps through the presence in Bologna of certain foreign collectors (such as Paulus Praun, a merchant from Nurnberg), or through his relationship with certain engravers such as Aegidius Sadeler, Pieter de Jode and Jacob Matham. The stylistic links between Calvaert and the school of Prague are perfectly illustrated by the Mystical Marriage of St. Catherine presented here. Although formerly attributed to Calvaert himself, it is actually by Dirck de Quade van Ravesteyn. A comparison will be made with a painting in the National Museum of Warsaw. A beautiful, small unpublished painting representing Mars, Venus and Cupid is also attributed here to Ravesteyn.

Abstract
This article means to highlight two examples of Rudolf II’s passion for art. Both of these examples concern the work of the Croatian Giulio Clovio. The article starts from the attempt on the part of the Emperor (known from letters) to take possession of the Farnese Book of Hours, illuminated by Clovio between 1537 and 1546 for Cardinal Alessandro Farnese. Rudolf II was unable, in the end, to obtain this precious work. A St. Ursula (now lost) was also addressed to the Emperor, as a letter from 1592 tell us, that Clovio painted as ex-voto for being saved from a disease. Due to the close link between Clovio and St. Ursula, I am of the opinion that St. Ursula could be seen in the profile in Clovio’s self portrait (Florence, Uffizi).

Abstract
After giving birth to Apollo and Diana, children of Jupiter, Leto was forced by a jealous Juno to flee from the island of Delos. The goddess and her small children pushed as far as the borders of Lycia. Tired, exhausted and thirsty from the long journey and the heat of the sun, she looked for water and caught sight of a pond. On the shores, some farmers were busy picking swamp twigs to weave wreaths and baskets. Cheered up, she approached with her children but, while she was trying to cup her hands to drink some water, the farmers stopped her and tried to have sex with her. When she refused, they muddied the water in order to prevent her from drinking and chase her away. Enraged, Leto turned them into frogs and the standing water became their eternal dwelling. Her desperate maternal instinct was the impetus behind this sudden metamorphosis in order to contain the farmers’ sexual urge and punish them for their hostility.
In Ovid’s Metamorphoses, the mother cuddles the two infants who reach out for her, in a clever rhetorical strategy that recurs in many images. In the painting by Annibale Carracci one of them looks asleep, while the other leans on the protective arm of the mother. The farmers, caught in the process of metamorphosing, are muddying the water, stirring up the sediment at the bottom of the pond with their hands and feet. The notion of urbanitas, theorized in the treatises of Pontano, Guazzo and Castiglione, and spread by Dolce and Anguillara, the most skilled adapters of Ovid’s text, became the new standard in ethical behavior. Moving between tradition and courtly innovation, Dolce and Anguillara contributed to an aesthetic, hedonistic rereading of the Metamorphoses, which mirrored the new cultural models.
Carlo Cesare Malvasia wrote about the work, which he saw in Rome at the house of the Pamphilj family, in 1678: “At the Pamphilj’s […] Leto in the countryside, where the farmers muddied the water, a painting in the Venetian manner, is a very beautiful work.” This is confirmed by the inventory of the family collection carried out by Prince Giovan Battista Pamphilj (1648–1709) in 1684. The passage reads as follows: “The goddess Leto with the shepherds turning into frogs, 4 shepherds in water with a four-feet gold-gilded frame by Anibale Carracci”. I believe that the Latona formerly at the Pamphilj home is the canvas currently housed in Kroměříž, which in 1691 entered the collection of Karl von Liechtenstein-Kastelkorn (1624–1695), Bishop of Olomouc in Moravia since 1664. An important marriage connects Bologna to Rome where, as mentioned above, the painting is documented even before entering the collection of the Bishop of Olomouc in 1691. Violante Facchinetti married Giovanni Battista Pamphilj that same year. Violante brought most of her painting gallery over to Rome, incorporating it into the Pamphilj collection.

Camilla S. Fiore
Athanasius Kircher (1602–1680) and the Landscape between Antiquity, Science and Art in the Seventeenth Century

Abstract
Over the course of the seventeenth century, the ancient world was the subject of documentary and philological interest for artists and intellectuals which led to the rise of antiquarian science and the classification of types. Two volumes by the German Jesuit Athanasius Kircher – Latium id est and the lost volume Iter etruscum written between the mid-fifties and the seventies reflected on the new ideas that were developing in those years. These take us on a genuine scholarly journey through Lazio and ancient Etruria, where detailed descriptions of the places, their surviving monuments and their unspoiled natural surroundings build up into an archaeological landscape, the fruit of both imaginary reconstructions as well as personal experience and direct observations. An echo of these seventeenth-century naturalistic ideas can be gleaned from the work of renowned landscape painters such as Salvator Rosa, Nicolas Poussin, Claude Lorrain and Gaspard Dughet who were at one time acolytes in the scholarly circle which the Jesuit belonged to.

Abstract
The author of this contribution refers to the connection between Anton Kern’s painting Virgin with St. Wenceslaus, Antonius from Padua and Margaret from the National Gallery in Prague with the altarpiece of Carlo Maratti in the Spada chapel in the Roman church Chiesa Nuova. Both paintings depict a Madonna adored by the saints in the compositional style “sacra conversazione” and the placement of the figures of the saints is also extremely similar. It seems to be evident that Anton Kern was inspired by the composition of Maratti. The actual research has emphasized Kern’s dependence on his Venetian master Giovanni Battista Pittoni, who supposedly prepared the type of figures for Kern’s composition as is shown some of his drawings. The newly suggested relationship between Kern and Maratti’s paintings admits that it was Anton Kern who brought this type of composition to Venice and Central Europe. Kern visited Rome in 1740, while according to available documents Pittoni had never been to this city. Maratti’s altarpiece in Spada chapel could be mediated to Pittoni through Anton Kern’s drawings, because Maratti’s painting had not been known in a graphic reproduction. If Kern was inspired by Maratti’s canvas in Rome, there was a need to newly date his above-mentioned painting into the period after 1740, when he returned to Dresden.

Abstract
The château at Hradec nad Moravicí is presented from the perspective of changes to museum and gallery presentations in the nineteenth and twentieth centuries as a museum sui generis or art gallery. It served this function when owned by the Lichnowskys as well as after the year 1945 when it became a state-owned château under the care of a regional educational organisation (Krajské středisko zámek Hradec, later Slezské kulturní středisko or Vlastivědný ústav Opava). This paper reviews the perception of the château as a site for intellectual and artistic activities in the periods of the Biedermeier style and Historicism in the second half of the nineteenth century. The Lichnowskys’ relationship to the furnishings as specific cultural valuables surpasses their functional value related to private housing (with items linked to Prince Felix Lichnowsky, Ludwig van Beethoven and Ferenc Liszt) and points to changes to the château related to its opening to the public (from 1934 and then again after 1945 to 1979).