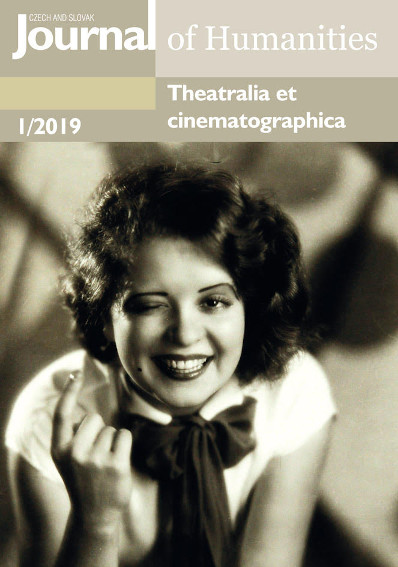 Stars and Star Systems in Film, Television and Radio

Abstract
Using the case of Clara Bow, this essay addresses the relationship between stories of stars’ working-class origins, which circulated in fan magazines and syndicated columns, and Hollywood’s democratization of fame, its institutionalized gender, class, racial and even regional stereotypes. The author argues that these stories often complicated the norms of the studio system in its manufacture of stars as tools for marketing movies as well as for establishing the U.S. film industry as a privileged site of a modern American elite based on celebrity and glamour. In fact, this class-centered star discourse threw into relief the social and economic dynamics of stardom, authenticating star identities but also testing public values and challenging social norms, especially those surrounding the meaning of class difference in relation to female ambition and labor.

Abstract
The paper examines the social identity of individuals in the top tiers of Hollywood stardom alongside historical and cultural factors that have created a naturalized connection between whiteness and American movie stardom. The discussion considers the cultural implications of actors’ physiognomies, stars’ function as commercial assets, and Hollywood norms that reflect the perspective of dominant social groups. It proposes that research on the cultural significance of performers who represent the heterogeneity of American society, together with work that foregrounds the conventional whiteness of movie stardom, will generate a more nuanced and comprehensive understanding of film performers’ cultural appeal.

Abstract
Star studies has focused primarily on human stars and the systems and conditions by and in which human stardom and celebrity are produced. Although animal stars have cultural, symbolic and economic value, scholarly work in star studies has, with few exceptions, largely ignored animals. This article addresses star studies through a critical lens that attends to the symbolic and economic dimensions of animal stardom. It argues that acknowledgement of the importance of both realms within star studies generally draws attention to the ethical dimension of animal stardom specifically. It further proposes that alternative histories of film are revealed by situating animals at the centre of scholarly enquiry and discusses how this puts focus on previously obscured dynamics of stardom, particularly in relation to industrial conditions and systems.

Abstract
Stanley Kubrick’s final film Eyes Wide Shut premiered twenty years ago, banking on the combined star-power of Tom Cruise and Nicole Kidman. Reflecting on her husband’s film, Christiane Kubrick insightfully notes that the leads “took more than their clothes off; they took off their skin.” The Hollywood couple concurred: in Kidman’s words, “there is reality and there is pretend and those lines get crossed.” Whether or not, as Tom Cruise claims, this was “definitely something [Kubrick] counted on and wanted,” the film’s marketing campaign and promotional press play to this promise. Moreover, Cruise’s performance of Bill Harford artfully invokes the actor’s own fraught performance of heteronormativity to further engage the character’s crisis of masculinity and the threat of male erotic objectification more generally.

Tomáš Bojda
Viktor Preiss on the Radio. A Portrait of a Career

Abstract
The present study is an attempt at characterising the radio acting career of Viktor Preiss. The semantic analysis is methodologically anchored in Jan Czech’s monograph O rozhlasové hře (1987). The synthetic nature of the article will attempt to provide the most comprehensive profile of the actor possible, emphasising in particular Preiss’ variety of expression in radio broadcasting. Since the beginning of the 1970s, Preiss has been one of the most remarkable actors in the post-war generation. Broadcasting has enabled him to render a series of protagonists from throughout world literature. When still young, he already demonstrated a special talent for managing the technically demanding profession of auditory interpretation of a dramatic character, and since then has matured into one of the finest actors in front of the microphone. A key moment for Preiss was his meeting with the radio director Jiří Horčička, who was fascinated by his technical command, genre breadth and voice flexibility. The present study draws attention to the actor’s development on the background of both social and political changes as reflected in the varying conditions the actor had to work under, but likewise in the dramaturgical transformation and in the art trends of the broadcasting media. Three radio roles out of many outstanding performances were chosen for a detailed analysis. They are the productions War and Peace (directed by Jiří Horčička, 1978), I, Claudius (directed by Markéta Jahodová, 2001), and An Ordinary Circuit (directed by Hana Kofránková, 2005).